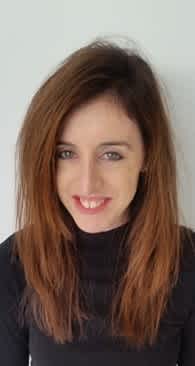 What is Crohn’s disease?

Crohn's disease is a type of inflammatory bowel disease (IBD). It causes inflammation of the digestive tract leading to symptoms such as abdominal pain, diarrhea, fever and weight loss. The symptoms of Crohn’s disease can vary greatly from person to person. People with Crohn’s disease can experience severe symptoms followed by periods of no symptoms at all. These periods are known as flare-up and remission.

The symptoms of Crohn’s disease can often be mistaken for other conditions, which can make it difficult to diagnose.

Early detection and diagnosis of Crohn’s disease can prevent long-term problems and complications.

There is no single test that can be used to diagnose Crohn’s disease. Your physician will begin by eliminating other possible causes of your symptoms. This will be done by collecting information about your and your family’s medical health history. You will also have a physical examination.

Additional tests to help make a Crohn’s disease diagnosis can include:

The symptoms of Crohn’s disease often develop gradually and worsen over time. The type of symptoms depend on which parts of the digestive tract are affected.

Crohn’s disease can also affect other organs, like the eyes, skin, bile ducts, and joints.

The most common symptoms of Crohn's disease are:

Recurring diarrhea is one of the most common symptoms of Crohn’s disease. It is often watery and accompanied by cramping abdominal pain. Unlike ulcerative colitis, Crohn’s-related diarrhea is less likely to be bloody.

Crohn’s disease can cause parts of the bowel to scar and narrow. This may block the flow of digestive contents. You may require surgery to remove the diseased portion of your bowel.

Crohn's disease related inflammation has a damaging effect on the inner lining (mucosa) of the intestine. Fistulas or fissures can result.

Fissures are skin cracks, which arise primarily in the area of the anus in those affected by Crohn’s disease.

Inflammation can also cause abscesses, which are cavities filled with pus.

Fistulas and abscesses near the anus are often the first noticeable signs of Crohn’s disease.

In severe cases of Crohn’s disease, holes in the intestinal wall (perforations) can occur. The intestinal content can pass through these holes and enter the abdominal cavity. A serious infection (peritonitis) can result. Intestinal perforations require immediate medical attention.

The chronic inflammation and diarrhea associated with Crohn’s disease can also lead to weight loss and malnutrition. If the lower section of the small intestine is affected by Crohn’s disease, it can prevent the absorption of nutrients. This is known as malabsorption and can lead to a number of different health complications.

Typical symptoms of malnutrition include:

Other Crohn’s disease signs and symptoms

Crohn's symptoms don’t only manifest as gastrointestinal complaints. Evidence for the condition can also be found outside the intestine.

Some examples of other Crohn's symptoms are:

Crohn’s symptoms in the mouth area

Sores in the mouth (known as canker sores or aphthous ulcers) occur in about 10 percent of those with Crohn’s disease. In addition to the inner lining of the mouth (oral mucosa), the gums and lips can also be affected.

Crohn’s disease can also result in skin symptoms. The lower legs in particular are the most commonly affected. Symptoms can include painful red lumps on the skin (erythema nodosum), or pus-filled blisters which can develop into deep skin sores (pyoderma gangraenosum).

Eye symptoms vary depending on the affected part of the eye and can include redness, inflammation, pain, and itching.

The joints are often affected by inflammation leading to pain, swelling, and a lack of flexibility. The condition is called enteropathic arthritis. It is common to experience pain in the joints (arthralgia) and spine before symptoms of the gastrointestinal tract occur.

Symptoms of the liver

Inflammation of the liver and bile ducts is less commonly observed in Crohn's disease than in ulcerative colitis. Chronic inflammation of the bile ducts leads to tissue scarring, causing them to narrow over time, this is called primary sclerosing cholangitis. Symptoms depend on the stage of the condition and may include extreme tiredness, fever, itching, yellowing of skin and eyes, enlargement and scarring of the liver.

Crohn's disease can have a negative impact on general well-being and mental health. Many of those affected feel very restricted in their lives due to the condition—in their partnerships, at work, and in their free time.

The frequent urge to have bowel movements during flare-ups often leads those affected to stay near the restroom. For most people, travel, sport, or other leisure activities are not possible during a flare-up. Many patients therefore reduce their social interactions and withdraw.

Can children get Crohn’s disease?

Children and—occasionally—infants can also be affected by Crohn's disease. Approximately 15 to 25 percent of those with Crohn’s disease will develop symptoms before the age of 20. Children and adolescents do not necessarily experience the typical symptoms of Crohn’s disease but the condition is often associated with developmental problems such as slow growth and delayed puberty.

As with adults, Crohn's disease in children doesn't just affect the intestines. Other organs may be affected including the eyes, skin, joints and bile ducts.

There is currently no cure for Crohn’s disease. The goal of treatment is to reduce the inflammation that triggers your symptoms and prevent subsequent relapses. Your physician will work with you to put together a treatment plan which may include medication, changes in your diet and, in some cases, surgery. Lifestyle modifications such as minimising stress and avoiding smoking can also reduce symptoms and limit flare-ups.

Tips for people with Crohn’s disease

It is important to contact your physician as soon as possible in the event of a flare-up or if you experience any new symptoms so your treatment plan and medication can be adjusted accordingly.

Elizabeth Oliver is a researcher and freelance writer with a passion for health sciences. She completed her degree in pharmacology at the University of Edinburgh and PhD in reproductive health at Imperial College London. She currently works as a researcher at the Karolinska Institutet Stockholm.